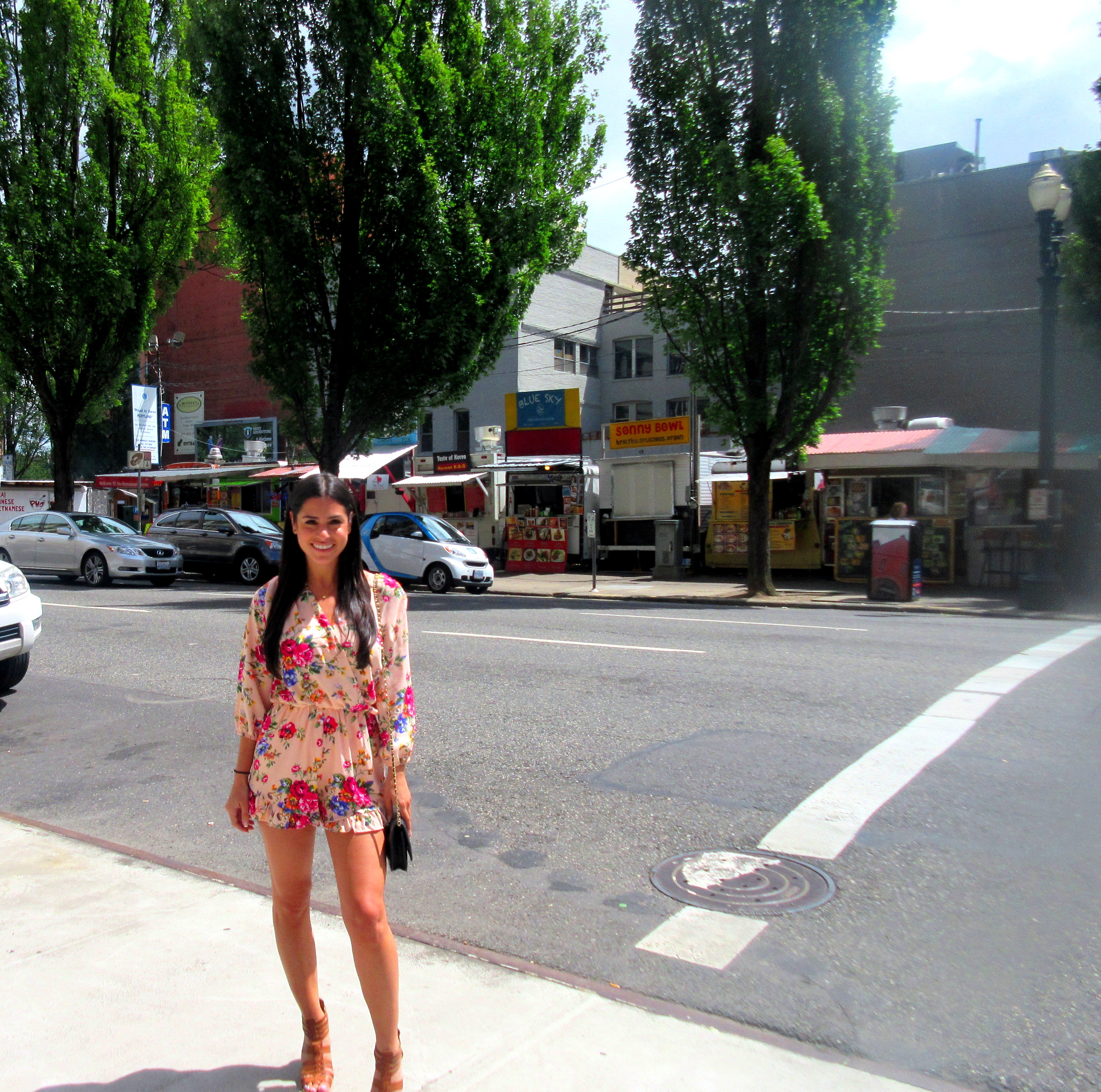 Portland is such a cute city! I spent a weekend in Portland recently and had so much fun exploring. Of course I ate my way through the city because that’s what I do, but not only does the city have great food,  downtown Portland has so much character and I really loved the vibe. I will highlight a few of the yummy places I visited.

The food truck scene in Portland is crazy! There are food carts everywhere throughout the city and the food is really good. I was surprised how many Middle Eastern food carts there were serving Shawarma, Gyros, etc.  I ended up eating a great Philly Cheeseteak out of one of them. The owner of the truck was from Philly so he knew what he was doing. See below!

My crew and I had brunch at Mother’s Bistro. It is a popular brunch spot in the city and there is usually a wait on the weekends.  We put our name down and walked around the area for 45 minutes until they called when the table was ready.  The place was super cute and the food was  yummy. I split the waffle with fresh blueberries and a bacon, avocado  & egg scramble. They were both delicious.

I was recommended to go to Lardo for their sandwiches. They are known for their pork, and I got the Korean Pork Shoulder sandwich and the Dirty Fries which had pork scraps, marinated peppers, fried herbs and Parmesan. I wish I ordered something different. I can tell the place was good, but I just ordered the wrong thing. I am not a huge fan of Kimchi , so not sure why I chose that sandwich… Food regret lol. The burger looked amazing, as well as their pork gyro. Next time!

I attended a beautiful wedding in Portland and they handed out the famous Voodoo Doughnuts! I ended up not going to Voodoo Doughnut shop but luckily had the chance to try them at  my friend’s wedding. The bride was so creative and handed everyone their own doughnut box at the end of the night. I had the Captain Crunch one and it was so good. I don’t even love doughnuts but I finished the whole thing and sampled the other ones which were all great too.  There was an Oreo peanut butter one, a Captain Crunch one, an Eclair, and a cinnamon and sugar one in the shape of a “blunt” lol. They have a lot of fun flavors in the shop like a “Cock-N-Balls” doughnut, a bubble gum doughnut and an Arnold Palmer doughnut and much more fun and unique flavors.  Definitely a place worth going to…