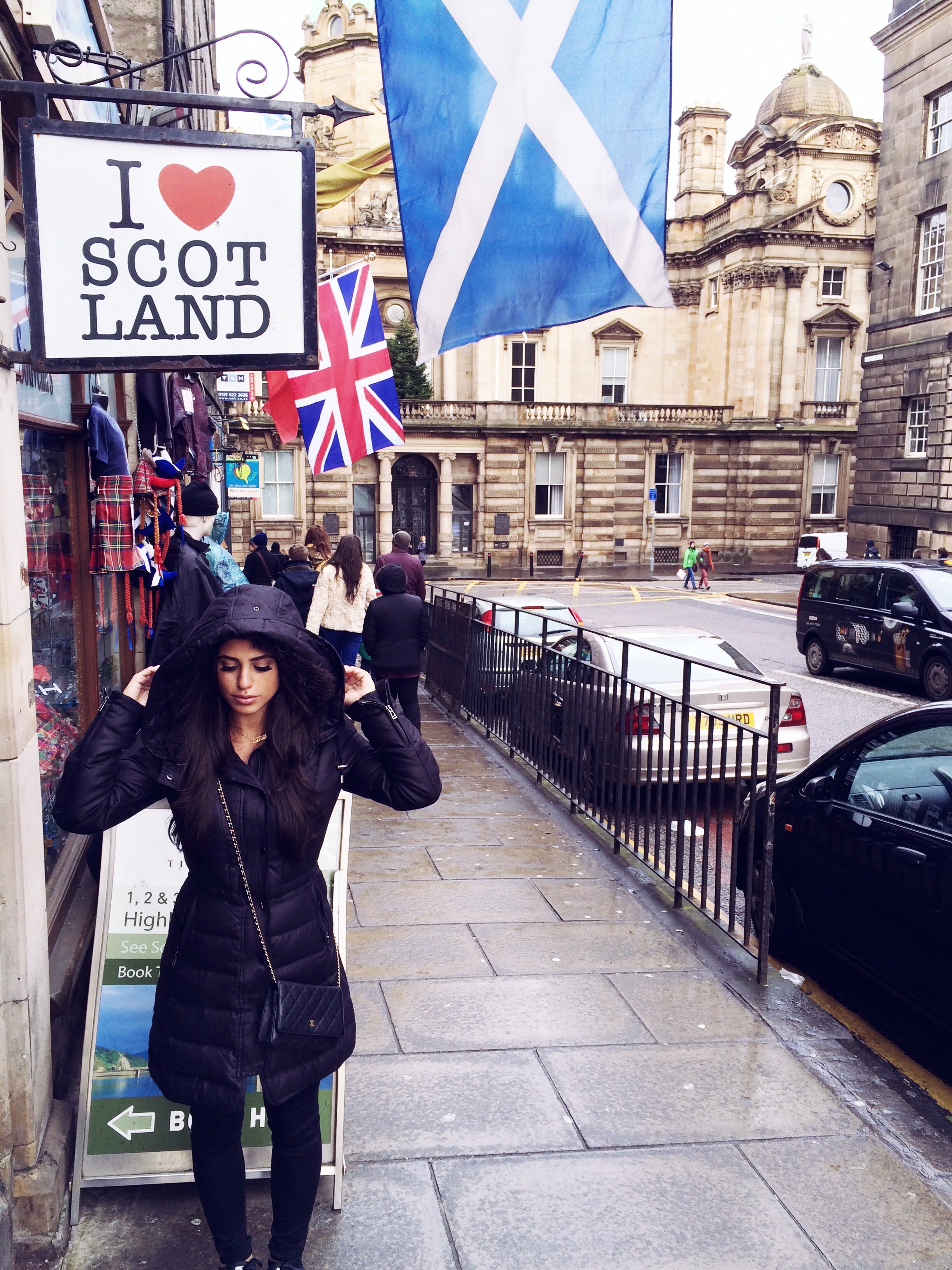 I went to Scotland during Christmas time and LOVED it! I stayed in Edinburgh at the Balmoral Hotel which was highly recommended  by multiple people. The hotel is beautiful, it looks like a palace from the outside. Edinburgh during Christmas time in my opinion, was the best time to go. The streets were festive and lit up with lights, and there was a Christmas Market right next to our hotel with a Ferris wheel, an ice skating rink , delicious food and desserts and several handmade jewelery vendors and  “trinkets” for sale. It was so charming. The historical architecture in Edinburgh is beautiful. The buildings and castles are from hundreds of years ago, and there are traditional Scottish pubs and bars that have been there for centuries as well. When you walk the streets of Edinburgh you feel like you are taken back in time. The “Old Town” was built in the 15th/16th century and the “New Town” was built closer to the 1800’s. It’s a small city so in one day you can get a good feel of everything.  I didn’t really notice a lot of tourists either which is always nice.

We went to the Edinburgh Castle and took a tour of Mary Kings Close which was an underground slum in the 1600’s. I recommend doing both tours when in Edinburgh.

I also tried Haggis and Black Pudding, which are traditional Scottish dishes. Haggis  is “a savory pudding containing sheep’s pluck (heart, liver and lungs); minced with onion, oatmeal, suet, spices, and salt, mixed with stock, traditionally encased in the animal’s stomach”. People get turned off by the animal intestine part, but it was delicious and comfort food at its best. Haggis is a warm, hearty meal so it was very satisfying on a cold and rainy day (which were most days we were there).  It had great flavor and is a must try when you travel to Scotland, I promise! Black pudding is also a type of pudding, similar to Haggis, but made with animal blood. It sounds pretty terrifying but I promise it’s also delicious.  Fish and Chips is another common dish you will find all over the UK. We had really good fish and chips at local pubs and restaurants all around Scotland, Ireland and England.

The Balmoral Hotel was located right next to the main train station in Edinburgh. I decided to be spontaneous and take the train to Glasgow for the night to walk around and have dinner. It was only a 50 minute train ride from Edinburgh and it drops you off right in the heart of Glasgow at the main city center. It was a couple days before Christmas so the streets were buzzing with last minute Christmas shoppers. The city was also beautifully decorated with Christmas lights and decor everywhere. I made a list of the best traditional Scottish restaurants in Glasgow and hit one of them up for dinner. I ordered Black pudding and Haggis and it was another delicious meal.

I loved my time in Scotland and wish I could have stayed longer. I would love to go back one day!