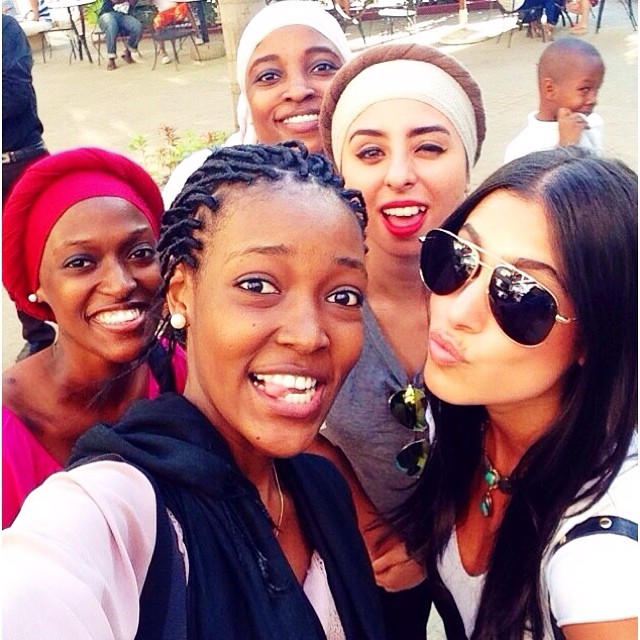 I had never been to Africa before. I was so anxious and excited leading up to the trip. We had an incredible itinerary with lots of exciting things planned and a lot of charity work involved. I didn’t know where to begin to prepare myself, so I decided to begin by going through my closet and packing up half my wardrobe to give away while being there. We knew we were going to visit a primary school which really needed school supplies, so we packed up suitcases filled with school supply necessities. I also had to get the necessary shots before traveling to Africa (and if anyone knows me they know that is my biggest fear in life), so I had major anxiety leading up to that. I also knew I was going to meet the President of Tanzania, which I was really excited about. I packed up 8 big bags of luggage and was finally ready to go. I had no idea what to expect out of this trip, but I was looking forward to an unforgettable experience. Our first stop:  Dar Es Salaam, Tanzania’s largest city.

We stayed in Dar Es Salaam a couple days and we did a lot of work with local artists. Two of the people in our group was Terrence J, an actor and television host & David Banner, a record producer, artist, and actor. They led our group in artist workshops, seminars, meet & greets etc. Terrence premiered his recent movie “Think Like a Man Too”, and did a book signing for his recent book release “The Wealth of My Mothers Wisdom”. Among that, we met the President of Tanzania, visited an orphanage, went to a music video shoot for a big R&B artist, and experienced Dar Es Salaam nightlife. We had a great time in the city- it was action packed and we and met some incredible people along the way that we will never forget. Below are some pictures of my experience in Dar Es Salaam.

LUGGAGE (ONLY 2 SUITCASES BELONGED TO US, AND THE REST WERE GIVE AWAY LUGGAGE)

TERRENCE TALKING TO HIS FANS AT HIS BOOK SIGNING

TOOK A BUNCH OF SELFIES AT THE BOOK SIGNING! MET SO MANY BEAUTIFUL PEOPLE AND HAD GREAT CONVERSATION. IT WAS NICE TO BE INTERACTIVE WITH EVERYONE.

SUNSET AT THE SLIPWAY IN DAR ES SALAAM

RED CARPET INTERVIEW AT THE “THINK LIKE A MAN TOO” SCREENING

OUR GROUP AT THE STATE HOUSE MEETING PRESIDENT KIKWETE- PRESIDENT OF TANZANIA. AMAZING EXPERIENCE! HE WAS SUCH A WARM & WELCOMING PERSON. IT WAS AN HONOR TO MEET HIM AND BE A GUEST IN HIS BEAUTIFUL COUNTRY.

*STAYED TUNED FOR THE NEXT PART OF THE TRIP IN LAKE NATRON WITH THE MASAAI! *