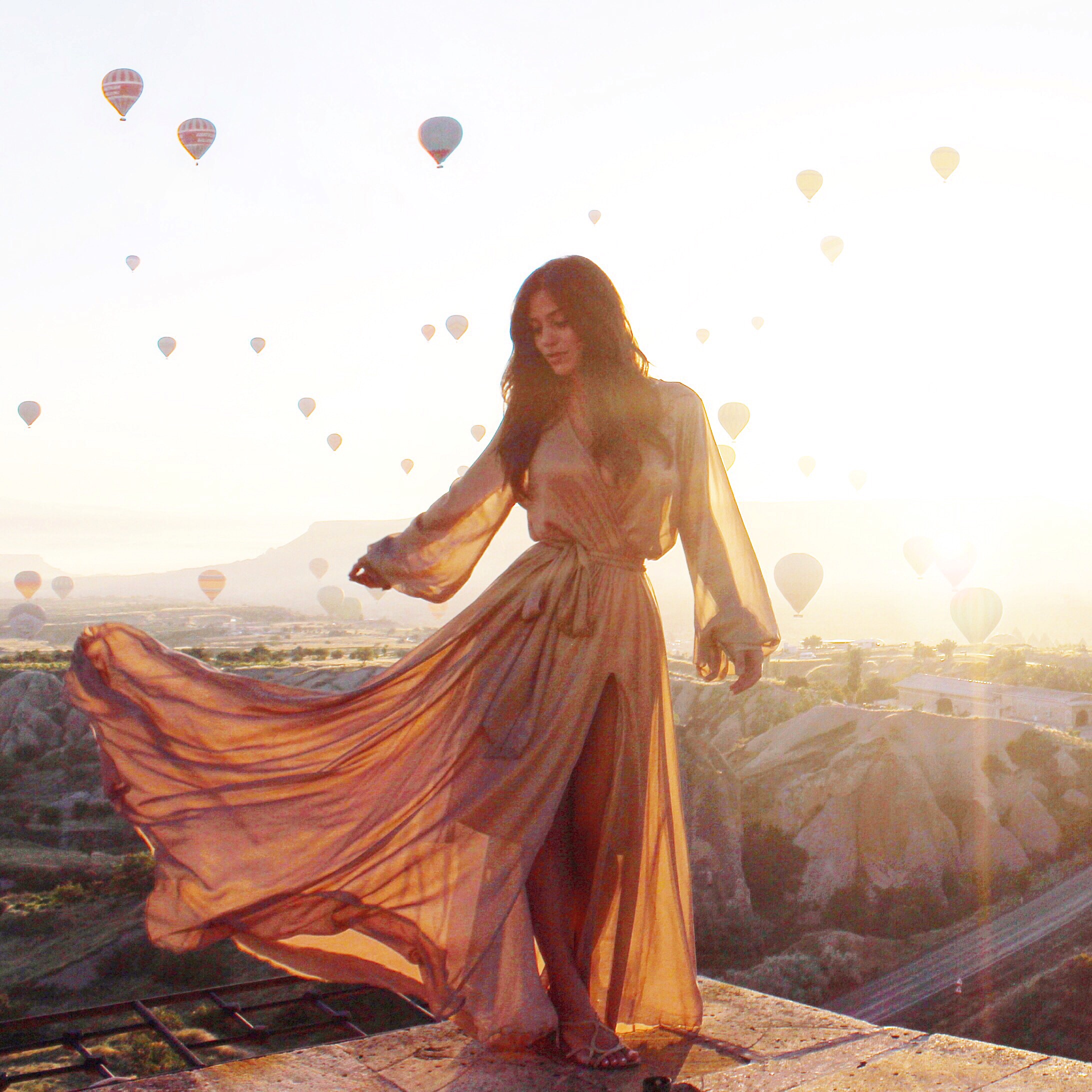 Turkey is a beautiful country with so much to see. I was only able to spend a few days there so only had time to visit Istanbul and Cappadocia–two completely different cities but unique in their own ways.
Istanbul has been considered one of the most interesting cities in the world and as soon as you get there you see why. Istanbul is the only city that straddles the border of two different continents – take a boat ride on the Bosphorus Strait and you can be in Asia or Europe in a matter of minutes. It is the most populous city in Turkey and the energy of the city is electric and buzzing with a mix of people from all over the world. I stayed in the Old City, a short distance from the city’s major landmarks like the Hagia Sofia, Blue Mosque and Grand Bazaar (definitely the top three must see’s in Istanbul). I had a friend from Istanbul show me around the city, so I got to experience the city as a local, and not just as a tourist. We cruised down the Bosphorus during sunset, and spent a night out on the town at Soho House and Reina night club (our boat pulled up to the club from the Bosphorus river, pretty cool!)

Istanbul is an exciting city with rich culture and a lot to see, so check out my quick-tip guide on things you don’t want to miss:

-Visit the Blue Mosque and the Hagia Sofia
-Try a traditional Turkish Doner and Turkish Delight from a street vendor
-Shop at the Grand Bazaar for local Turkish goods (jewelry, clothes, home décor, etc.)
-Take a sunset cruise down the Bosphorus river
-Experience a traditional Turkish Bath at one of the local bath houses (if you are feeling adventurous!)

A short flight from Istanbul is the picturesque city of Cappadocia. If you are on Instagram, you have probably seen countless photos of hot air balloons flying above beautiful but weird-shaped mountains. That is Cappadocia. The city makes you feel as if you were transported into a whimsical fairy tale world. Located in central Turkey (but feels like the middle of nowhere), it is a cave town carved out from cone-shaped rock formations spread around stark valleys and hills. I felt like I was pulled from the real world and placed in an episode of the Flintstones–it’s like nothing I’ve ever seen.
Most of the hotels in Cappadocia are cave taverns made from the mountains. I stayed at The Museum Hotel, one of the most notable and luxurious in the city. Located on a mountainside with views of Gerome and the stunning Capadoccia landscape, it is by far the most picturesque and unique hotels I’ve ever stayed. This boutique hotel made me feel like I was living in a dream- with beautiful gardens, stone steps, and a spectacular pool overlooking the town. My room was spacious and tastefully decorated (although walking down a steep flight of stone stairs to get to it was certainly an experience).

Ever since I first saw a hot air balloon photo while scrolling through my Instagram, visiting Cappadocia has been on my travel bucket list. The balloons go up every morning at sunrise (around 4:30am) if the weather permits, and it’s one of those most breathtaking sights I’ve ever seen. The terrace at The Museum Hotel is the perfect place to watch, if you choose not to go up on the balloons. It is truly a breathtaking and unforgettable sight to see.

To see more of my recent travels, please check out my social channels-@NicoleIsaacs