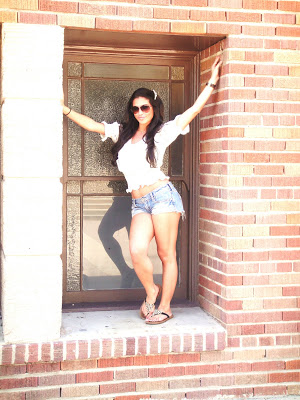 I had a great day in Downtown LA recently. Went to the Geffen MOCA Museum, which is an “urban street art” exhibit, then went to lunch at Spitz, and went to Angel City Brewery for some freshly brewed beer.
The Geffen MOCA Museum was cool. All urban street art. It’s something cool to see if you are ever in the Downtown LA area and you are into art. It gives you a lot of history about how “tagging” became a popular form of art in big cities, and hundreds of pieces of art from famous street artists.

Me in front of the Geffen MOCA in a window lol
After the MOCA, stopped by Spitz for some Doner Kebab sandwiches. I’ve heard about Spitz so when I walked by it, I wanted to give it a try. It has been written up in several LA Magazine’s and voted “LA’s Best Sandwich” by Los Angeles Magazine. Spitz is a Doner Kebab spot in the heart of Little Tokyo. I used to live in Berlin, Germany and they have the BEST Turkish Doner Kebabs. I craved one everyday when I lived there. That was my go-to meal, and ever since moving back to Los Angeles, I haven’t been able to find a Doner place! I’ve tried one place but it wasn’t good and didn’t even come close to the ones in Germany. There are a lot of Turkish people that live in Germany, that is why there were Doner kebab places everywhere.
Anyways, Spitz is a real cool spot. Cool and urban decor. It had a DJ booth where they have a live DJ spin from 7:30-Midnight, Thursday-Saturday. They have a bar that serves sangria, wine and beer too. I went for lunch/happy hour, and they had $4 Sangrias! They have happy hour all day on weekends, and Monday-Friday from 3pm-7pm. They also had a gelato bar as well!

STREET CART FRIES: AMAZINGNESS! I mean look at the picture! It was so good I would go back to Spitz just for these fries! Literally unbelievable. It had feta cheese, garlic aoili, diced green peppers, peppercinis, calamata olives, tomato, fried lavash chips, & drizzled with spicy chipotle sauce. MY SHIT RIGHT HERE! Best part of the meal. This was BANGIN’.

DONERS: Ordered one Doner “spicy” European style on Foccacia bread. And another “Street Cart” Doner, with garlic aoili & fried lavash chips, European style on Foccacia Bread. European style is with Foccacia bread, (that’s the most popular way they serve the Doner’s in Europe & getting it with Lavash bread is Mediterrean style. Lavash is a Middle-Eastern bread that looks like a tortilla). The Doner was good, but not great. It had the flavor, but wasn’t crazy about the bread. It was dry, and too “bready”. In Europe, the foccacia bread they use is crispy and fluffy and tastes so fresh. I was disappointed with the foccacia bread at Spitz. I think bread MAKES a sandwich, and if the bread isn’t good, the sandwich isn’t good. If the bread was good, the Doner would have been great. The meat was flavorful, but a little cold too. I’m very picky when it comes to sandwiches and burgers, because it’s my favorite food, so I’m very critical lol. The Doners were definitely nothing special. Close attempt though. I miss Germany!

Next stop, Angel City Brewery in Little Tokyo for some freshly brewed beer. This place is cool because it’s a huge warehouse/brewery that they also made into an art gallery. So after buying a fresh beer on tap for $5, you can look at all the art pieces they have around the warehouse, and the paintings are all for sale too. Cool thing to do if you’re into that kind of stuff!

What an artsy day in Downtown LA baby! Gotta tap into my CULTURAL SELF sometimes, feel me!? All three of these places are within walking distance from eachother, so no need to drive and re-park anywhere. Little Tokyo is actually a cool area to hang out. I never go there so it was a nice change for me.
SPITZ
371 E. 2nd Street
Los Angeles, CA 90012
www.eatatspitz.com