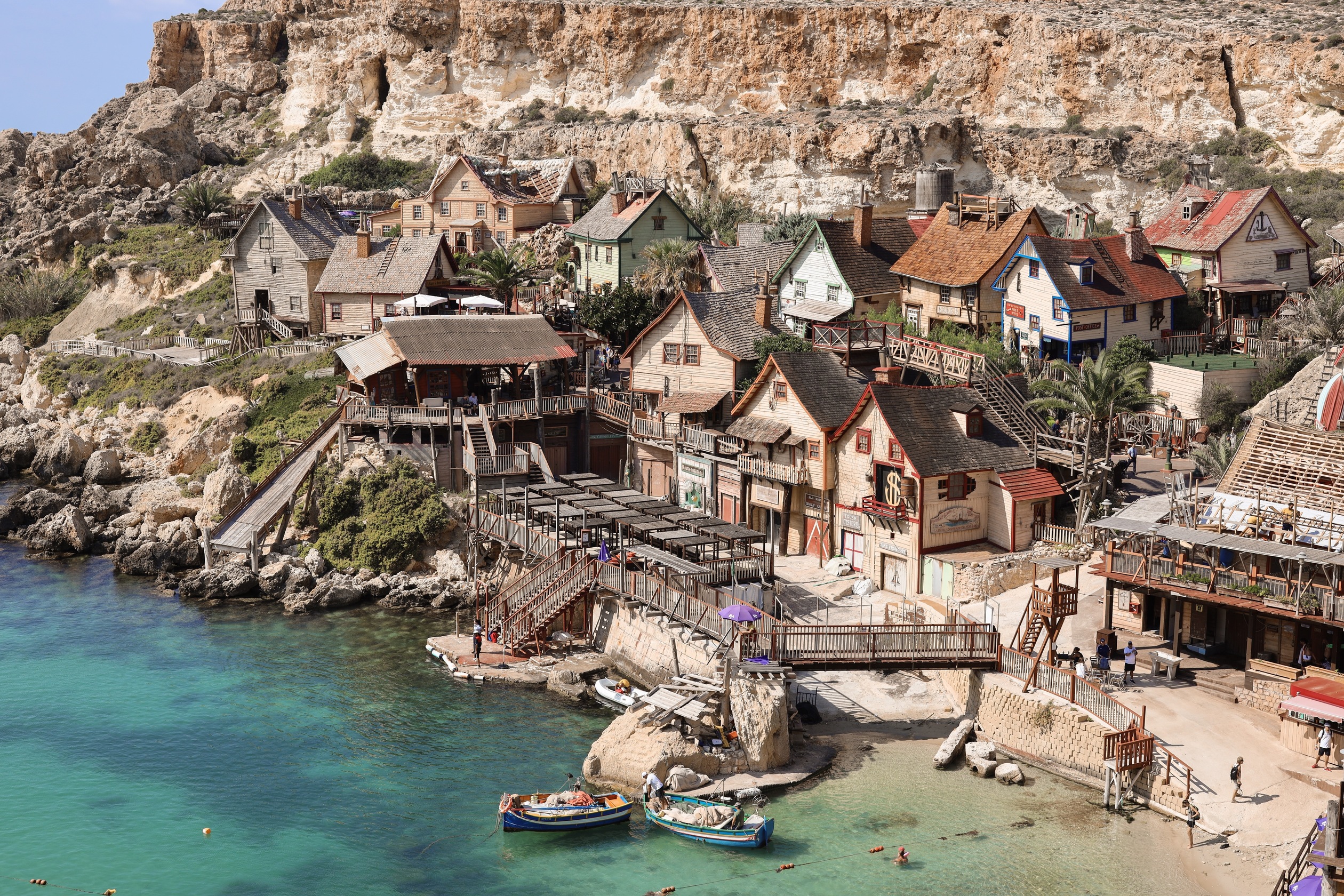 Malta has always been a fascinating place to me and has been on my radar for years. I finally had the opportunity to visit through a trip with the Malta Tourism Authority for six days this past October. I tried to squeeze in a visit over the summer, but I couldn’t make it work with my travel schedule. When the opportunity came around for an October visit, the timing couldn’t have been more perfect.

I flew into Malta from Tunisia which was a quick one-hour flight on Air Malta. I flew back to Los Angeles from Malta on British Airways business class with a layover in London. I was blown away by the impeccable service on both British Airways flights, and how friendly and attentive the flight attendants were. It made it a real pleasure to fly. The business class was spacious and super comfortable with a full flat lay bed from London to LA. The food served on flight was also good. I would definitely recommend British Airways to anyone, and I can’t wait to fly with them again.

We got really lucky with the weather beginning of October. October is usually one of those “iffy” months to travel to warm places because of monsoon and hurricane season, as well as a significant temperature drop in comparison to summer. During our visit, temperatures were in the high 70’s and low 80’s degrees (Fahrenheit), and it practically still felt like summer.

I realized after speaking to several people,  a lot don’t really know anything about Malta unless they’ve been there. I have to embarrassingly enough admit as much as I wanted to go there, I didn’t know much about it either. Malta is an island located in the central Mediterranean right below Sicily and above the Northern African coast (east of Tunisia and north of Libya). Because of its location, I was curious about the culture and prior to arriving I didn’t know if it was going to feel more like Europe or the Middle East. Although it does have Middle Eastern influence and roots, Malta is part of the European Union and is definitely more heavily influenced by a fusion of different European cultures. I felt like I was somewhere in Europe, but it also felt unique and like no place I’ve been before.

In collaboration with the Malta Tourism Authority, we curated a well-rounded 6-day itinerary. See below for the itinerary breakdown.

Also to see more of my trip to Malta, check out my Instagram feed + Malta video highlights @NicoleIsaacs.

Valletta- Malta’s capital city and declared the European Capital of Culture as well as a World Heritage Site. Valletta was built by the knights of St. John and described as “one of the most concentrated historic areas in the world”. We had the opportunity to be in Valletta on its biggest night of the year- Notte Bianca. Notte Bianca is an event celebrating the people, culture and art that lasts all night long. The streets are buzzing with people, music, and the bars & restaurants are open and serving all night.

WHERE TO STAY: We stayed at the beautiful 5-star Phoenicia Hotel  located in the heart of Valletta, a few convenient steps away from the gate entrance into the old capital city. The breakfast buffet was amazing, the rooms beautifully new and renovated (and mine with a balcony and view of the harbour and old city walls), breathtaking gardens around the property, and my favorite amenity- the infinity pool with a spectacular view of the Valletta harbour. It’s the perfect choice for accommodation in Valletta.

Gozo is a must when visiting Malta. A quick 45 min ferry from Malta, Gozo is a small island with beautiful sites to explore.

THINGS TO DO IN GOZO:

WHERE TO STAY: We moved hotels and spent 3 nights at the Corinthia Palace Hotel. Surrounded by lush gardens this hotel exudes timeless elegance and charm. Also convenitently located in the heart of the island, it’s a great place within a close reach to Mdina and Valletta. I highly recommend dining at the exquisite Villa Corinthia, and Rickshaw for delicious Asian- Fusion cuisine.