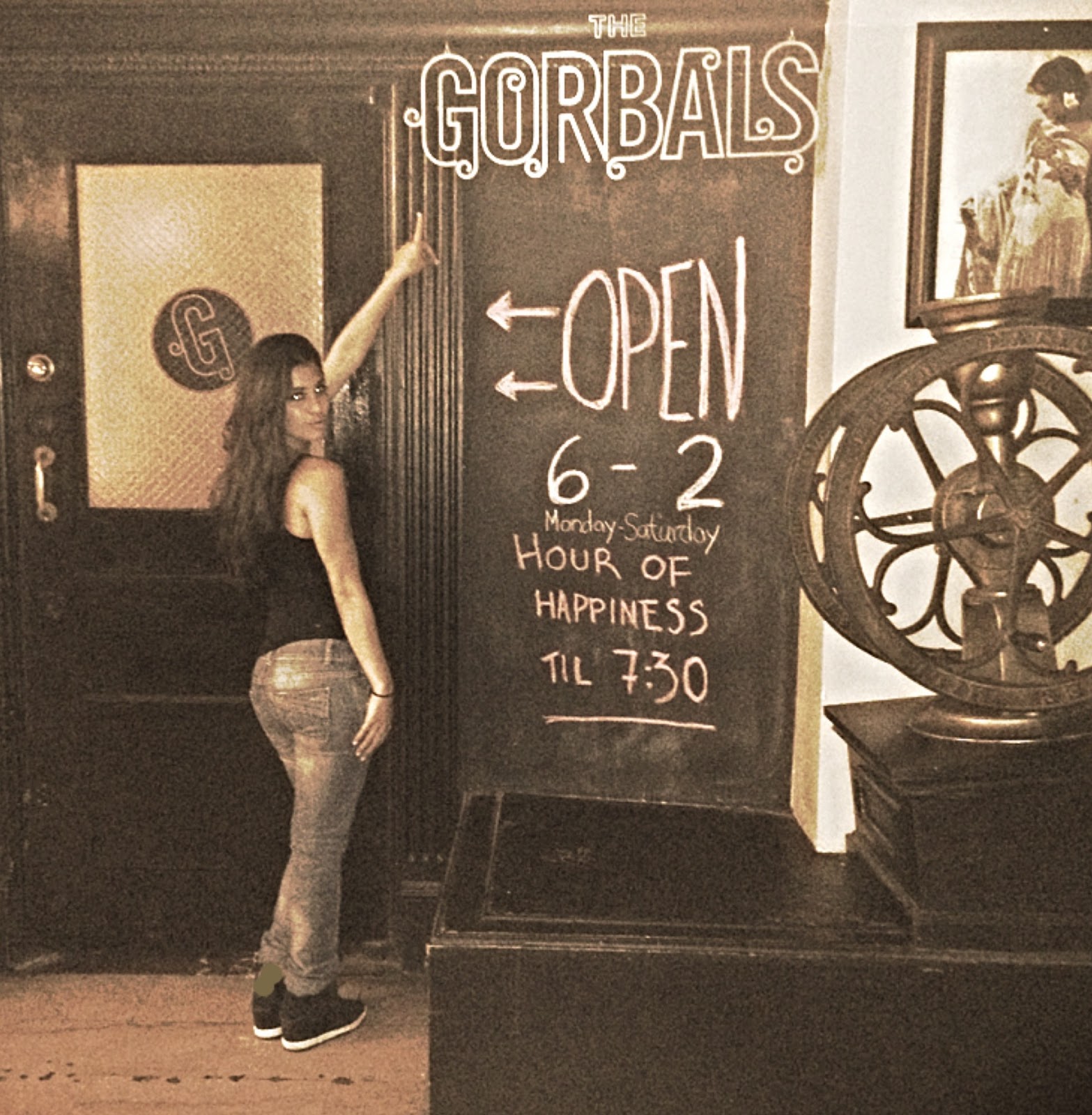 I have been curious about The Gorbals for quite some time. Located in Downtown LA in The Alexandria Hotel, this foodie hotspot has been on my radar for awhile. It’s continually brought up in conversations by other foodies and when I went to the Downtown LA ArtWalk recently, I finally decided to give it a shot. The menu is unconventional, daring & unique.Chef Ilan Hall, half Israeli and Scottish, definitely took a risk in challenging the limits of his patrons’ palates, which is why I think foodies appreciate and really like this place. I don’t think the menu is for everyone though. The food is different, and if you are a simple eater, there may be a little too much going on for you. See my reviews below…

Jalapeno Margarita: Jalapeno, Thyme, Contreau, Tequila, Lime, Agave
Could have done with out. I never seem to like fancy cocktails like this.

SWEET POTATO WITH SAGE BUTTER
I liked this dish. I love sweet potato-they were a little on the greasy side but had good flavor and melted in your mouth.

BANH MI POUTINE
This was interesting. Basically a plate of thick-cut fries, with a banh mi gravy sauce, shredded pork, cheese, jalapeno and pickles. There was a lot going on. It was kind of like an Asian twist on nachos, but with french fries lol. I enjoyed it because it was different, but it was a little on the salty side. It’s also very heavy, so good to share for the table.

NUESKI’S BACON-WRAPPED MATZOH BALLS
This dish put The Gorbals on the foodie map-it is the restaurant’s most famous dish. It is such a unique yet contradictory combination lol. Matzoh balls are known in the Jewish tradition as a staple food for “Passover”, and Jewish people are known to not eat pork, so the chef clearly wanted to make a joke out of it. I think the idea is brilliant. Did I think it was well executed? I’m on the fence about it. I appreciated it because it was different and fun, but I didn’t think it was anything special and I felt it lacked in flavor. Bacon makes everything taste better,  but it just didn’t do anything for me this time. The bacon was soft and soggy, and the matzoh balls didn’t have flavor. I was disappointed.

PERSIAN CUCUMBERS, AVOCADO, CRISPY GARBANZOS, SUMAC
I actually really liked this. It was so light and fresh. I am a huge avocado lover, so kind of hard not to like this dish. I’ve never had crispy garbanzo beans before and I loved it. It added crunch and flavor to the salad.

THE GOLDEN BUCK
Stout & Cheddar, Fried Egg & Grilled Sour Dough
There was something about this that I didn’t like. I don’t know if it was the flavor of the bread, or the cheese, but there was a flavor that was over powering that I didn’t care for. It basically was an open faced sandwich with thick toast, cheese and a fried egg on top. I don’t know how it could go wrong, but my friends and I just didn’t like it.
I have mixed feelings about The Gorbals. I appreciate the fun and daring menu but I feel like some of the food combinations worked, and some didn’t. I can see why foodies love this place, but I guess it’s just not my taste. They have so many other things on the menu I am curious to try, and I am totally willing to give it a second chance, but I won’t be rushing back. I would love to get anyone’s take on the restaurant- feel free to leave a comment and share your opinions!
The Gorbals
501 South Spring Street
Los Angeles, California 90013
Phone: 213-488-3408
www.thegorbalsla.com