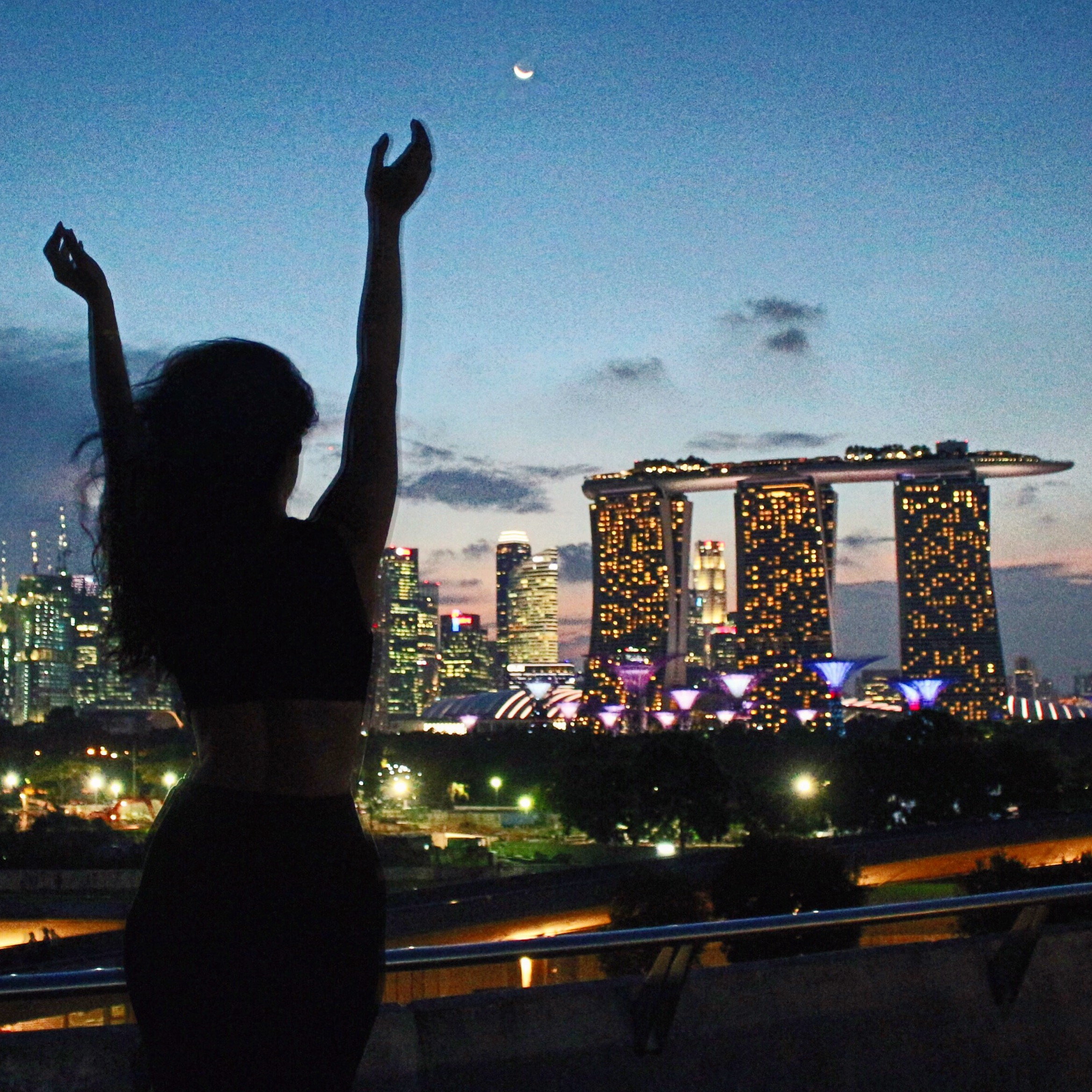 Singapore had been on my list of places to visit in Asia ever since I saw a picture of the iconic infiniti pool on top of the Marina Bay Sands hotel. I got to give credit to Instagram, it really changed the game for so many industries, the travel industry being one of them. I have traveled and added so many more places on my travel bucket list because of pictures I’ve seen on social media. Although my stay in Singapore was short, the city is quite small so my two days felt like enough time to see all the main landmarks and get a good feel of the city and had a great experience.
Singapore is a very cosmopolitan city and reminded me a lot of Las Vegas. It was the first place I visited in Asia that didn’t feel like Asia. The Singapore skyline was one of the most breathtaking cityscapes I’d ever seen. I was blown away by the architecture of the city. The shapes and structures of the buildings was like nothing I had ever seen before. There were parts of the city that felt so futuristic I felt like I was on another planet.

Singapore is a multi-racial society- it is a melting pot of several different races and ethnicities from all over the world, but is mostly people of Malaysian, Chinese and Indian decent. Although “Malay” is considered the national language, the main everyday language is English. There are many languages spoken in Singapore, but Singaporeans are usually bilingual in another language such as Malay, or a Chinese dialect such as Mandarin or Cantonese.

I was lucky to find a local to take me around to all the best food spots. He was amazing and the best tour guide. He knew so much about the city so we got put on to the best local spots and pretty much got a history lesson about Singapore as well. I learned so much. (He makes a cameo in my video, his name is Allen, and he is the best!).

I definitely recommend going to Little India for authentic Indian food. Alan brought me to this hole in the wall, there wasn’t a tourist in site and it was so good!

Alan also brought me to this amazing Ramen place in a mall called Ramen Keisuke. It was LITERALLY the best ramen I’ve ever had in my life.  Must try!

Marina Bay Sands- I had to stay at the MBS hotel to experience the famous rooftop  infinity pool. I spent the day up by the pool and it was definitely a cool experience. The city skyline from up top is breathtaking, especially during dusk and sunset when the sky turns colors and the city lights come on. It was an incredible sight.

MERLION PARK/STATUE: Sinagpore is also referred to as “Lion City”. Make sure to check out the famous Lion Statue. It also has a great view of the city from the ground.

GARDENS BY THE BAY- A Singapore staple; you have to visit the gardens. The most iconic Singapore pictures are of the gardens. The supertree grove (the UFO/alien looking light up trees), nature conservatories, a flower dome, and beautiful greenery and statues make for a nice stroll along the water. It’s also really cool to see it all lit up at night.

MARINA BARRAGE- Go to Marina Barrage to see the best view of the city during sunset.

CHECK OUT MY SINGAPORE VIDEO! I GOT SOME AMAZING CITY SHOTS USING A DRONE.